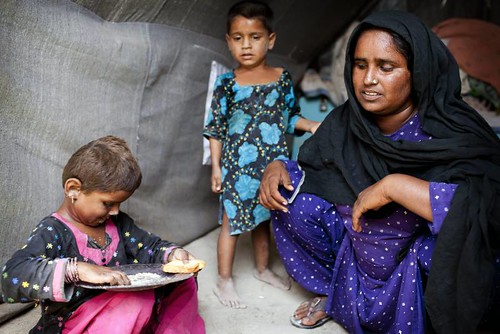 This mother and her two children fled their home in the Jacobabad district when the floods came. The area is still under water.
UNHCR / J. Tanner / 29 August 2010.

JACOBABAD, Pakistan, September 21 (UNHCR) – Five weeks after the floods hit Jacobabad in southern Pakistan, water still surrounds the city for as far as the eye can see. The local authorities say they desperately need help, but getting it here is a problem because most road and rail links are cut.

A United Nations inter-agency team, the first to reach Jacobabad since the devastating monsoon floods washed over the region last month, arrived on Monday to find people living in makeshift shelters or with their beds propped in the air to provide shade from the sun.

The UN helicopter that transported the aid workers to the stricken area flew for 25 minutes over water that has inundated the district surrounding Jacobabad for more than a month. Many homes that survived the initial wave have since collapsed because of the water.

"We need tents, we need food, we need water treatment," Munawar Ali Methani, acting district coordinator for Jacobabad, told the visitors, including UNHCR staff. He said 95 per cent of Jacobabad’s residents had fled the floods, which left more than 170 people dead and affected 930,000 in the district.

In the past week, the floodwaters have receded slightly, but most of those who fled from Jacobabad remain in other areas of Sindh province or in neighbouring Balochistan. Some are staying as far away as Punjab in the north.

One water-logged route from Shikarpur into Jacobabad has been opened for light trucks with enough clearance to move through the water. It is a vast improvement on the situation a week ago, when only aircraft and boats laden with aid could reach the city.

People in rural areas had no warning when the floods hit and many were forced to beat a hasty retreat to Balochistan, Pakistan’s poorest province, which saw an influx of 600,000 people from Sindh. They arrived in a remote area to find little aid. Out of desperation, some are now taking boats back to Jacobabad, which is struggling to get back on its feet.

Methani said more than 156,000 homes were damaged or destroyed in Jacobabad district, adding that breaches in three main canals crossing the region had left more than 3,700 villages under water. Recovery would take time, he said, but with water expected to recede by mid-October, the challenges are immense.

More than 37,000 of the homeless are camping in 107 temporary sites. Many schools are crowded with the displaced, who are living in unhygienic conditions. But the government wants the schools to reopen this week. Members of the inter-agency team feared there would be chaos if people were forced to vacate the schools before it was safe to return to their home areas.

"We have to act very quickly," said UNHCR Senior Protection Officer Cecile Fradot, who co-led Monday’s assessment mission. "People are going to come back in a very short time and it is going to happen quickly. Without adequate shelter and aid, they’re going to end up in camps," she warned.

Muzamil Petrol Pump camp on the edge of Jacobabad is one such makeshift site where people receive two meals of rice daily and a tanker delivers water. Latrines are only now being erected to improve the sanitation situation. For the people living adjacent to their cattle and other livestock in the scorching heat, conditions are desperate.

Most arrived with almost nothing. They need items such as blankets, bedding, jerry cans, buckets and household goods. Hayat Kharrani said she lost everything when she fled her village, including the three buffalos and four goats that her family of 11 considered key to their future. "If we got wheat flour and other aid at least we could do our own cooking," she said.

For the time being residents in the camp eat only prepared rice provided by the local authorities, but the food aid lacks nutrients and nine per cent of the children were found to be severely malnourished.

While most people lack information on conditions in their home areas, they want to go back, but say they will need help. "Once the waters recede, we will need transport, we’ll need cooking pots, food and blankets," said Zainab Jakharani, a widow who lost everything.

Meanwhile, UNHCR has begun airlifting shelter supplies to the remote and high altitude area of Utror in north-west Pakistan’s Kalam Tehsil region. The aim is to get warm shelter to flood victims in Upper Swat district before winter. The first snows in this area are expected in about a month.

The airlift of shelter kits began on Sunday. The remote region has been virtually cut off since flash floods destroyed homes, roads and bridges in late July. In Utror village, 300 families lost their homes. The kits provide a large warm room for winter, allowing families to rebuild. More than 80 have been airlifted in so far.

By Peter Kessler in Jacobabad, Pakistan 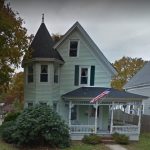 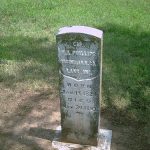 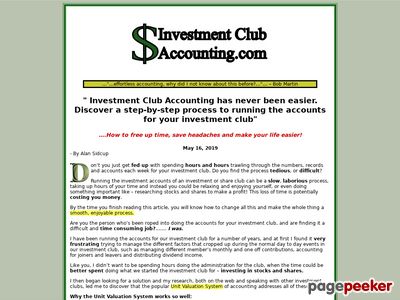 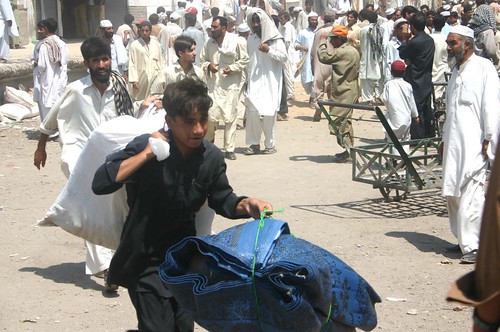 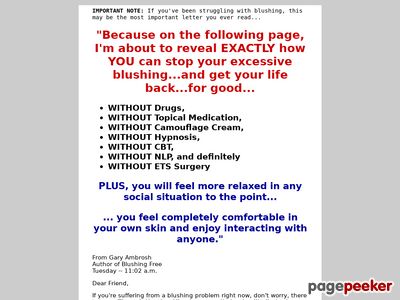 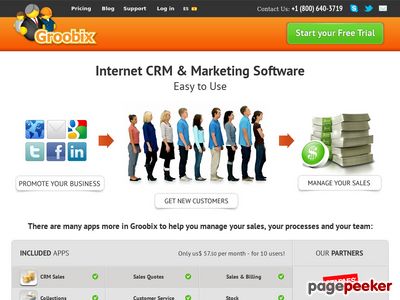