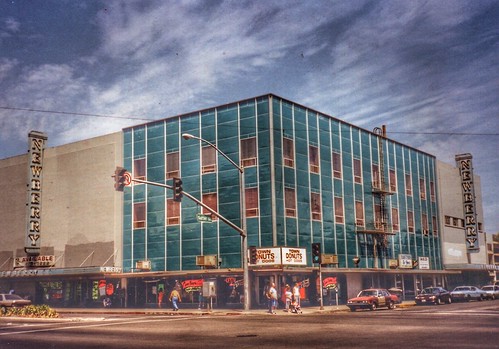 The Newberry Building in downtown Stockton is a testimonial to the vibrancy of the city’s past and remains today part of Stockton’s urban renewal.

J.J. Newberry founded the American five-and-dime store chain in 1911 in Stroudsburg, Pennsylvania and it grew to become a retail power house. By 1961, the company had operated stores in 45 American states and Canada—Stockton being one of the cities Newberry thrived in.

They sold home goods and clothing to every aspect of small-scale shopping, spools of thread, cocoa butter, hangers—you name it. The store also featured a soda fountain that many Stocktonians remember with fondness.

“We used to go and eat lunch there at the counter—everyone went there,” said Sharon Maragliano, Stockton resident. “I remember it was just such a huge store, they carried a little bit of everything.”

The Newberry department store shut down in 1997, and stood empty for almost two decades until Ten Space, a company focused on catalyzing communities often times through the reuse of existing buildings, took on the project and brought the Newberry building back to life.