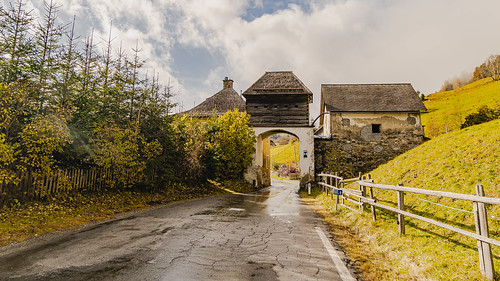 Eduard Macheiner’s home house (born August 18, 1907 in Fresen, Styria, † July 17, 1972 in Salzburg) was Archbishop of Salzburg from 1969 to 1972.
Timeline:
From the 13th century the hermitage served as a dam on what was once the most important connection between Lungau and Styria. The dam consists of a gatehouse and the gatekeeper’s house attached to the south, the so-called old barracks. The function as

The system had to prove its border fortification in particular when the Hungarians invaded in 1480. It last received a military occupation during the French Wars. Later it was only used as a toll station for the transport of commercial goods.