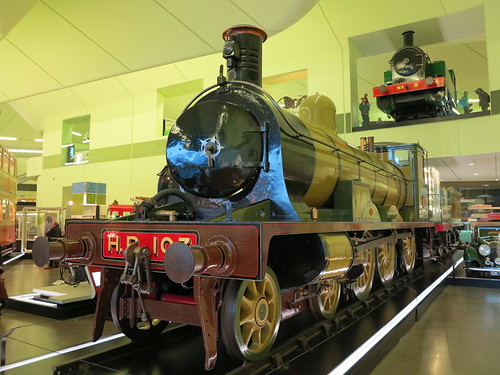 Highland Railway locomotive Number 103, named the ‘Jones Goods’ after its designed David Jones. It was built in 1894 by the Sharp, Stewart & Company at the Atlas Works in Springburn, Glasgow.

Glasgow was home to three large locomotive manufactures at the in 1894, two next door to each other in Springburn. They built locomotives for companies across Britain but also exported examples to railways across the globe. Travel by steam train had started in Scotland in the early 1830s and by the end of the 19th century tracks covered the nation, allowing easy transport of people and goods

The ‘Jones Goods’ was the first 4-6-0 wheel arrangement locomotive for use in Britain and at the time the most powerful locomotive class in the country – maybe even the world.