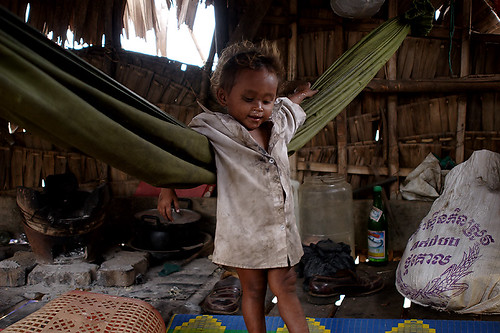 A child stands in her home in Kampong Cham, Cambodia.

This child is one of roughly 250 residents who have been "relocated" by a wealthy Cambodian hotelier from an area near the Mekong river in central Kampong Cham, to a location 10 kilometers from the city.

Formerly, 39 families squated on property close to the river and the market, but a large hotel is being constructed on that location, forcing the move.

According to the manager of the village, each family was promised 50 kilograms of rice, plastic sheeting, and 400,000 reil (100 USD) to aid in their re- location.

Each family received the rice and plastic, but the money was never handed over as promised. As a result, these 39 families live in very small houses constructed with thin walls which are made of a mat like material, combined with plastic and patched with metal squares that have been cut from metal containers.

This child’s father, about 44 years old, is nearly blind, having lost much of his vision during an explosion in 1986 while fighting for the Cambodian Army during their fights with Khmer Rouge resistors near the Thai border.

All the people need wooden walls for their homes, as well as metal roofs.

Further, all the children need to be attending school, but a lack of funds is preventing that at this time.

The people earn money by growing vegetables on their new patch of land and riding their bycyles 10 kilometers to the market in Kampong Cam to sell their goods.

The Cambodian hotelier, who has a large hotel in Seim Reip, has promised the 39 families that they have a permanent place to live now according to the manager of the village. 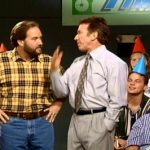 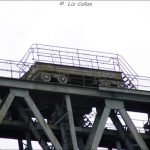 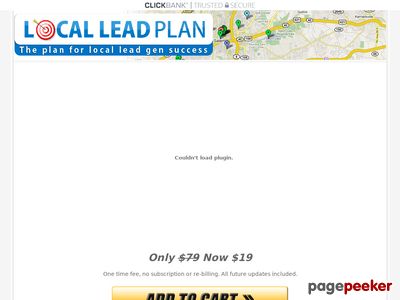 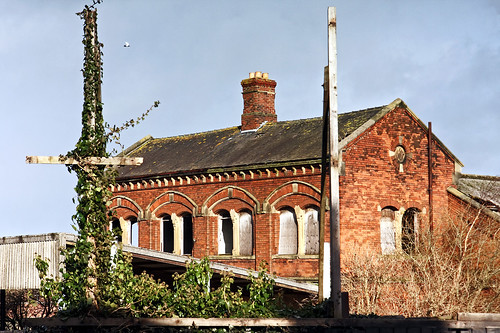 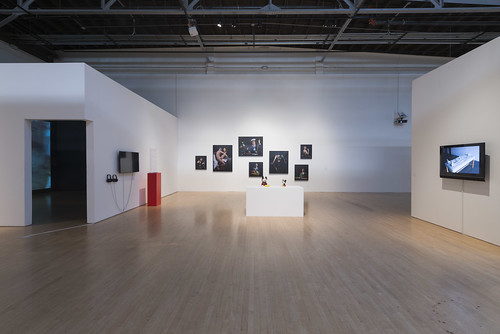 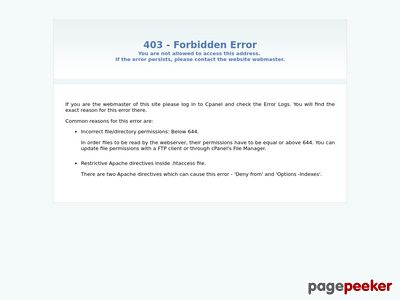