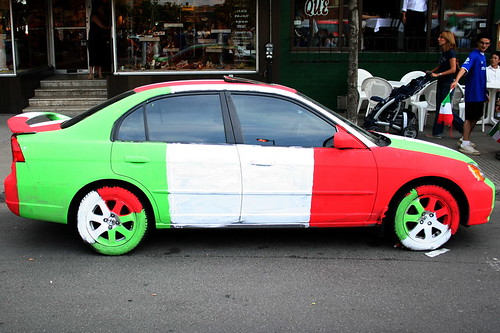 This was taken after Italy won against France in the semi-finals in World CUP 2006. Playing his last game before retiring, Zinedine Zidane’s career ended in disgrace after he was sent off for crazily headbutting Marco Materazzi.

Italy then celebrated its victory in the 2006 World Cup, which they won without having to confront the Brazilians.