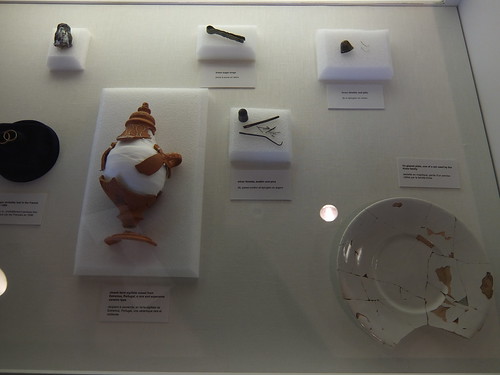 As I said earlier, with our limited knowledge about Avalon and with time running short, we really do not want to dig too deep into this, however fascinating these might be. Be that as it may, this case displays an assortment of home goods from the Avalon era which were unearthed during excavations at the site. These include a terracota pot, ceramic plate, sugar tongs, and thimble and pins among others. (Colony of Avalon/ Ferryland, St.John’s, Newfoundland & Labrador, Canada, June 2015)