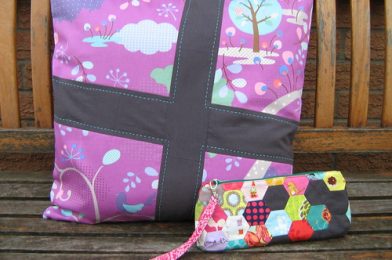 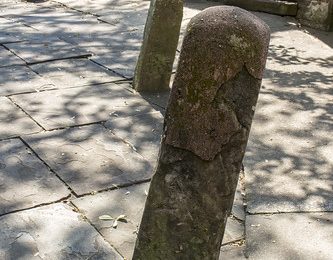 Situated at the “bend” in Church Street in Charleston, this pre-Revolutionary manse is one of the city’s most picturesque properties. Built in 1743, the home is named after its original owner, George Eveleigh. Eveleigh was a prosperous trader who bartered British goods to Native Americans in return for thousands of deerskins that were then shipped to Europe. The property was located just outside of the former old wall, across from Vanderhorst’s Creek. The creek was later filled in and is now known as Water Street.

The home is set back from the street behind an 18th century plastered wall. While the front door is placed asymmetrically now, it originally had a centrally located door leading into the larger of the two front rooms. The front and rear piazzas appear on a 1795 plat, which typically indicated an added feature after the Revolution, however, a description of the hurricane of 1752 mentions to the destruction of brick columns on the piazza. The floorpan is the same as the Thomas Rose House, located a few blocks away and built eight years prior, though slightly smaller. Most of the interior rooms feature original cypress paneling with the original staircase intact and tiled piazza floor. The mantles were replaced in the 20th century with mantels from the demolished Nathaniel Heyward House on East Bay Street. However, when the house was restored, more appropriate Georgian mantles were installed and the Heyward mantels were moved to 292 Meeting Street.

Though the house is named for Eveleigh, he didn’t live there very long. About a decade or so after construction, the home was sold to John Bull, a planter from Prince William Parish. The lot originally extended all the way back to Meeting Street but when Bull purchased the property, the lot was subdivided and the large house at 34 Meeting Street was constructed.

In 1795, the property was sold to Jean Louis Polony, a refugee from Santo Domingan who was an internationally known chemist and naturalist. The house was then sold to Richard Maynard Marshall in 1875 and remained in the Marshall family until recent years.

The rear courtyard garden was designed by famed Loutrel Briggs. Out front, there are curious bollards (posts) that I have heard were used to tie boats to since the area was water originally. This, like many other legends, is probably not entirely accurate. The posts are not the originals but were replaced when residents complained when the city removed them. According to Sallie Duell, she mentioned that the city put the posts back straight-up like little soldiers. She and neighbors got the city to dig them up again and used historical photos to place them as they are today, leaning and crooked. While boats were probably not tied up to them, they were thought to have been placed when Church Street was continued to South Battery, creating this bend in the road which wagons could easily get off course if no barriers were present.

The kitchen house in the rear was featured on the 2017 tour Behind the Big house, a first ever of its kind tour focused solely on enslaved dwellings, born from Charleston History before 1945 group administrator English Purcell and the Slave Dwelling Project’s Joseph McGill.