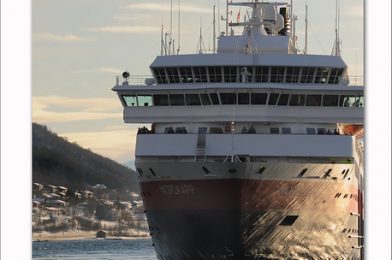 Home for the next 8 days, MS Nordkapp. Part of the Hurtigruten fleet. They are working boats that sail up and down the Norwegian Coast delivering goods but carrying a fair few tourists as well. 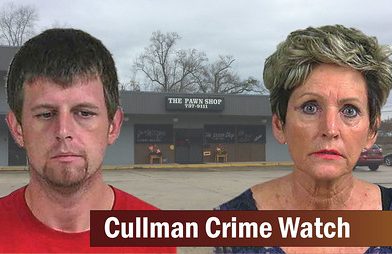 According to Cullman Police Sergeant Adam Clark, Office Zach Latham participated in a call involving a suspect with a history of forgeries in which he had previously made contact.

During the call, Latham found a negotiable instrument (personal check) that he had reasonable suspicion to believe might be bogus. The suspect initially informed Latham that the check was valid and legitimate as part of a payment made to him by a contractor for whom he worked in performing labor at the home of a prominent Cullman family.

Officer Latham also observed a large cache of personal property in the suspect’s vehicle which triggered a reasonable suspicion that the diverse array of uncommon items might be stolen.

At that point, the suspect admitted to helping himself to those negotiable instruments and writing himself a check for a substantial monetary amount.

Ballard was then taken into custody and transported to the Cullman County Detention Center (CCDC) along with the goods in question.

He was charged with:

Receiving Forged Instruments
During the suspect interview process, Ballard revealed that he pawned some stolen items at The Pawn Shop at 100 Main Ave NW, Cullman, AL 35055.

During a business visit to the establishment in an attempt to verify Ballard’s claim, Sergeant Clark was told by a store employee that the owner of The Pawn Shop did make a transaction with Ballard. However, NO pawn ticket or other written documentation involved was involved in the exchange.

Further, Clark learned from the employee that the owner of the shop had taken at least one item of jewelry (an expensive ring) directly to a local jeweler for personalized fitting for her finger immediately after the transaction was made.

In a separate encounter, Sergeant Clark informed The Pawn Shop Owner that he believed she had received and paid for stolen items involved with the Ballard theft case mentioned above.

The owner of The Pawn Shop then voluntarily returned all items she believed Ballard had pawned at her establishment.

At this point, Clark contacted the original theft victim (and matriarch of a prominent Cullman family) who was in Jackson Hole, WY. She flew immediately to Cullman and verified via various means that all the goods were, in fact, her personal property.

Following a discussion with Ballard, he confessed that he possessed even more of the theft victim’s property. These officers then discovered a large stash of stolen property belonging to the victim in Ballard’s bedroom and out building. These items included suitcases stuffed with stolen clothing and footwear and tools among other items.

Ballard also admitted that while working as a subcontractor at the victim’s home, he had made note of the value of these items and had returned to the premises at a later to heist the goods.

As a result, Ballard is now facing charges of:

Meanwhile, Sergeant Clark was conducting a separate investigation into the activities of the owner of The Pawn Shop.

During his investigation, Clark determined that the owner had:

• Forwarded Ballard at least $900 in cash
• Had not issued a ‘pawn ticket’ to Ballard
• Had not waited the required 30 day pawn holding period before making a sale or disposing of the property
• There appeared to be multiple violations of Alabama Pawn Shop Act Title 5, Chapter 19A

During the investigation, Clark had at least one item of jewelry appraised to confirm a 1st Degree Receiving Stolen Property charge would be appropriate.

As a result, a warrant was issued for:

Byram turned herself into the Cullman County Detention Center (CCDC) where she was charged with:

• Receiving Stolen Property – 1st Degree
She posted a $5,000 property bond to secure her release from CCDC.

“First off, this is a classic case of ‘If it is too good to be true, it probably is’. Ballard knew better than stealing those items and forging the check. And Byram knew she was making a windfall profit by paying out only $900 for items that almost certainly will tally in value into the 5-digit range.
Second, pawn shop owners need to be aware that they simply cannot conduct business in this manner in Cullman. The Alabama Pawn Shop Act is VERY clear on the responsibilities, duties, and roles of the pawn shop owners during a transaction.
Finally, every pawn shop business in Cullman needs to know the Cullman Police Department will require them to follow the ‘letter of the law’, and we will make arrests and prosecute if the law is not followed as written.”
Public records reveal Ballard has previous arrests and charges; Byram has no previous criminal charges on her record.

Note: All the individuals in this report have been charged with offenses, NOT convicted of crimes. The judicial process following this arrest ultimately determines their individual guilt or innocence in regards to the criminal charge.

For the full story including details on the Alabama Pawn Shop Act, please see: cullmantoday.com/2017/02/01/adam-clark-solves-complex-the… 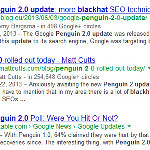 Your own home network marketing business is an exciting way to provide an income for your family and maintaining a better quality of life than what is available at a traditional workplace. You can start your own business and be successful, if you plan thoroughly and make certain to take into account, the various aspects of your home network business.

Once you have made a decision on a product or service to sell, do your homework and check out your competitors. Look at their prices and study the quality of the goods that they are selling. Make sure not to overprice yourself out of the market, and figure out how to deliver the best value to your customers.

Seek out a mentor. A mentor is someone who has been where you are now. A mentor can lend a kind ear or give you business advice. There are many organizations full of experienced marketers who would like to help people just starting out; don’t be too shy to ask.

To keep a better track of your business finances’ open a separate checking account that is just for your home network marketing business. make sure that all of your business’ income and expenses go through this account. Practice good bookkeeping and track every penny spent and earned.

Make sure your computer is secure. You will keep much of the information and data connected to your home business on your computer. Purchase a virus protection program, make sure your firewalls are enabled and download anti-spy software. These programs will protect your computer so it can maintain its vital role in your business.

It may take money to make money with home network marketing, so do not forget that you may need to invest in order to see a return on that investment. If you aren’t ready to put any money into building a successful marketing company, perhaps you should look elsewhere to find money-making opportunities.

Sell yourself and not your method when trying to entice new recruits. Get a domain with your name in the URL. Post your photo and a short biography on the website. Add an interactive blog and some helpful network-marketing articles and tips. Self-promotion is the best way to sell yourself as a knowledgeable and trustworthy network marketer that potential recruits will be keen to learn from.

When you’ve completed your initial site, ask someone you know who knows nothing about network marketing to look at it. Have them use a critical eye when giving feedback everything, and then find out if they would sign up through you if the website was all they had known about you.

Home network marketing can become very lucrative if you put the hard work in initially and be consistent with every strategy you work.It is simply up to you if you are ready. sharongrahamblog.com/home-network-marketing/ 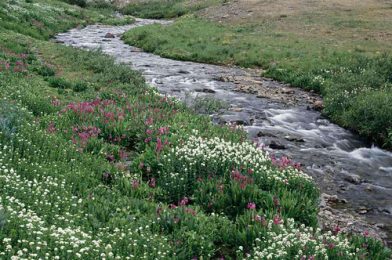 When carefully selected and correctly installed, crown molding is one of the most tasteful decorative additions that can be made to a home. The tasteful charm it provides adds a dash of class to a room’s motif without appearing pretentious or gaudy. www.wereviewwebsites.com/the-benefits-of-installing-crown… 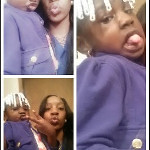 Lots of folks have realized the benefits of launching home businesses. However, there is a great deal of competition among home businesses. This involves you to stay on top of things and have good information on hand about ways to lead to success. Only in this way, can you stay ahead of the game.

Know how much cost goes into the products you are selling in order to be able to determine profits. Wholesalers generally pay about twice the production cost for goods. Retail mark-up is twice that of the wholesale price. Make it a fair price both you and also the customers can agree upon.

A great money making tip is to provide lessons in your area of expertise. A lot of people enjoy the flexibility that comes with learning from an individual as opposed to a school. You can teach things, like music or photography, out of a home, for example.

When you open for business, email everyone you know and let them know that you are ready to accept their orders. Offer a discount, coupon or freebie to start your business right. Encourage these people to share your name. People who spread the word about your business to their friends can be extremely helpful.

Online forums specifically for home business owners can be a great source of encouragement and advice. You can find a vast number of online forums and websites dedicated to a variety of home-business topics, and the advice, support and knowledge you can gain from these resources are priceless. Here, you can find people who are going through the same issues as you and you can share and gain knowledge from them as you navigate your way through the business world.

Before you start selling anything, you should make sure to find out what the price range for it is in the current market. Looking through other websites in your industry will function as a great barometer for pricing, and often enables you to choose a competitive price. Avoid bad-mouthing your competition to get more business instead, emphasize the the benefits that you can offer.

You should be able to out-pace your competitors with the knowledge from this article. You must be continuously seeking new knowledge in order to keep up. Learn as much as possible and come up with your own ways to be successful. workfromhometopopportunities.com/ 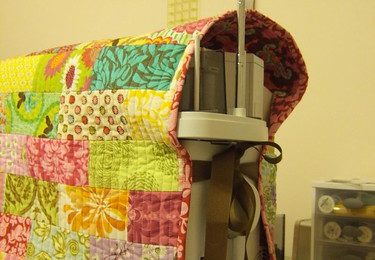 Here’s the view of it turned around 🙂