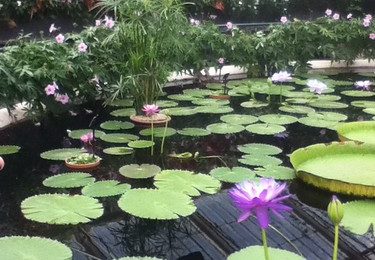 As stated in the movie “Home,” the widespread destruction of plants has severely affected numerous environments and currently poses a threat to biodiversity. Focused on gaining profit, many entrepreneurs and corporations tend to see natural resources as prospective goods. Deeply motivated by economic interests, such companies have the tendencies to ignore environmental concerns and inevitably contribute to the depletion of natural resources and propagate pollution (90). As many of these corporations take interest in several natural resources found abroad, they seek to make concessions with different nations for the right to extract certain plants (191). Due to the high demands of extractions, countless areas of the world are now being deforested. Likewise, these corporations are implementing measures for single crop plantations to be created. The interest in growing oil palm trees over the maintenance of biodiversity was exemplified in the film. As deforestation and the development of one crop plantations are becoming more frequent, ecological systems are continually being disrupted. In response to this ongoing issue, many scientists have been trying to conserve the diversity of plants and other species. This conservation initiative was first promoted by Gifford Pinchot, the founder of the U.S. Forest Service (13). He intended to wisely manage the diversity of natural resources as many species could be used for benefit. Shown above is a picture of water lilies from the Royal Botanic Gardens in London. This institution is likewise dedicated to the conservation of species and their respective habitats. Furthermore, the gardens seek to restore once damaged vegetation and classify useful plants. Although water lilies are not endangered, over exploitation of land and increases in agriculture could hinder the growth of this group of plants. Efforts made by botanical gardens, such as this one, highlight the imperativeness of preventing further ecological damage by protecting species that could be victimized by deforestation.

Palm oil, a widely popular ingredient used for commercial food, personal care products, and biofuel, is a product of palm trees. Popularly produced in Southeast Asia, Africa, and South America, palm oil constitutes as a third of the world’s vegetable oil trade. Indonesia and Malaysia, specifically, are known to be the largest producers in palm oil. Despite the source of income this harvest provides, the cultivation of palm oil has disastrous environmental effects and receives much scrutiny by several international organizations. Such effects include the significant rise in greenhouse gas emissions, deforestation, habitat destruction, reduction in biodiversity, and potential climate change. Due its high popularity, the over harvesting of palm oil and the conversion of certain areas into farmlands has detrimentally disrupted certain habitats. With such changes, palms are unable to reproduce as efficiently. Furthermore, alterations to the environment and an increase in monoculture consequently affect biodiversity. Without the presence of a sound diversity, the ecosystems of over exploited species, such as the palm oil, will be severely disturbed. As the Netherlands are known to be the main exporter of palm oil in Europe, the Dutch government and several of its environmental groups are seeking to trace the origins of imported palm oil from Southeast Asia. Wetlands International, a Dutch environmental group, has additionally found that excessive palm harvesting causes global emissions on peatland. An organic sponge that stores large quantities of carbon that beneficially balances global emissions, peat can disastrously release its gases into the atmosphere when drained. This happens from over farming palm. Scientists from Wetlands conclude that Indonesia releases a total of 1.5 billion tons of carbon annually. Essentially, a chain of effect will occur. The overproduction of palm oil will destroy other coexisting species as its need to be harvested dominates the environment. Thus, conservation is necessary as it maintains a healthy environment for both humans and plants.