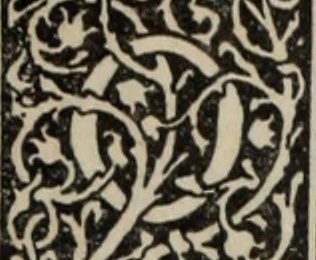 Text Appearing Before Image:
family,the head of which was a draper. This man had a smallstore on West Street, and Alexander had helped tend storeon Saturdays, and occasionally evenings when ships camein and sailors with money to waste lumbered and lub-bered past, often with gay painted galleys in tow.The things you do at twenty are making indelible markson your character. Stewart had no special taste fortrade, but experience spells power—potential or actual.With five thousand dollars in his belt, all in gold, hefelt uncomfortable. And so on a venture he expendedhalf of it in good Irish lace, insertions and scalloptrimmings. Irish linens, Irish poplins and Irish lacewere being shipped to New York—it could not be aloss! He would follow suit. If he was robbed of hismoney he could not at the same time be robbed of thedrapery. And so he sailed away for New York—andIreland looked more green and more beautiful as thegreat, uplifting, green hills faded from sight and werelost to view in the mist. 339 A. T. STEWART

Text Appearing After Image:
N the ship that carried Stewart back to NewYork was a young man who professed to bean adept in the drapers line. Very naturally,Stewart got acquainted with this man, andtold him of his investment in drygoods. The manoffered to sell the stock for Stewart.In those days the Irish pedler with his pack full ofcurious and wonderful things was a common sightat the farmhouses. He rivaled both Yankee-Gentileand Jew, and his blarney was a commodity that stoodhim in good stead. Stewarts new-found friend promisedto sell the stock in short order, by going right out amongthe people. He had no money of his own, and Stewartwas doubly pleased to think he could set a worthy manup in business, and help himself at the same time. Onreaching New York, the friend was fitted out with allthe goods he could carry, and duly headed for NewJersey. In two days he came back. He had sold mostof the goods all right, and with the money gottengloriously drunk; also, he had bought drinks for allthe Irishmen he could fin 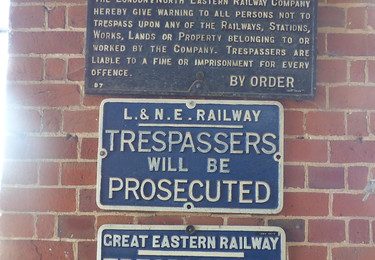 signs – LNER and Great Eastern Railway – Trespassers will be Prosecuted