Godsmack – The Other Side CD 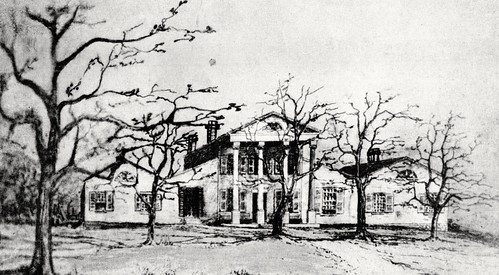 Abe Lincoln and Henrietta Lee in October, 1862 – each wanted to give their heart to a wounded man – beyond their feuding flags. En route home to the White House, Lincoln stopped in Frederick, Maryland to give his heart to Federal General George L. Hartsuff, while Henrietta Lee remained in her home, Bedford, in Shepherdstown ministering to Gen. Alexander R. Lawton. And, Abe and Henrietta with, then, heavy hearts both beseeched a Diviner Hand or invoked a timeless virtue for solace.

2_I say this without any malice
I say this without any malice in my heart to those who have done otherwise. May our children and our children’s children to a thousand generations, continue to enjoy the benefits conferred upon us by a united country, and have cause yet to rejoice under those glorious institutions bequeathed to us by Washington and his compeers. – Lincoln, Frederick Maryland October 4, 1862

3_Wrote Henrietta Bedinger Lee
Wrote Henrietta Bedinger Lee:
The fight near Sharpsburg filled our town to overflowing with wounded and dying men. Every vacant house, every church and nearly all the private homes have been full. I had eleven and with their attendants sixteen . . . Oh, how many desolate homes, orphan children and widowed mothers has this vile, cruel and oppressive war caused . . . Ah it is really too sad to see the new Stranger’s graveyard, there are many, many graves – what a season for reflection and self-examination this mortality should bring . . . O I am in perfect fear that another battle will be fought here. God in mercy deliver us. O child of my heart, how I long for quietness and rest. This poor letter must do now. – Henrietta Bedinger Lee, Shepherdstown, Va., October 3, 1862.

4_Early_Morning_September_17.jpg
Early Morning September 17, 1862 at the Cornfield, on the Antietam Battlefield:

5_By seven_oclock in the Cornfield
By seven o’clock in the Cornfield/East Woods area, 13,682 men fought, with 4,368 becoming casualties, or thirty-two per cent. By coincidence, Hartsuff’s Federal brigade under Gen. Ricketts, directly faced, among others, Lawton’s old brigade, now that Lawton was elevated to division commander. – Harsh, p. 373.

7_Wrote Gen. John Bell Hood
Wrote Gen. John Bell Hood:
On the morning of the 17th instant, about 3 oclock, the firing commenced along the line occupied by General Lawton. At 6 oclock I received notice from him that he would require all the assistance I could give him. A few minutes after, a member of his staff reported to me that he was wounded and wished me to come forward as soon as possible. Being in readiness, I at once marched out on the field in line of battle and soon became engaged with an immense force of the enemy, consisting of not less than two corps of their army. It was here that I witnessed the most terrible clash of arms, by far, that has occurred during the war. – John B. Hood, Official Report, Series 1 – Volume 19 (Part I), p. 923.

8_Lawton was delivered
9_Lees home Bedford
Lawton was delivered as were many Confederate soldiers from the morning battle, to Shepherdstown, and eventually to the Lees’ home, Bedford, soon to be among those eleven men there, wounded or sick with typhoid fever. Edmund Jennings Lee, Henrietta’s husband, was also home seriously ill with typhoid.

10_James_B_Ricketts
On the morning of the 17th the order to advance and occupy the woods in front was being carried out, when General Hartsuff, who was examining the ground, was severely wounded, and the services of this valuable officer were lost. – James B. Ricketts, Official Record, Series 1 – Volume 19 (Part I), p. 259.

Hartsuff was hit in the hip while on his horse, soon grew faint and was evacuated. The account by the 48th Pennsylvania regiment historian was that the bullet penetrated deep

12_removed to Frederick
into Hartsuff’s pelvic cavity, couldn’t be retrieved, and he was thus removed to Frederick Maryland, as were most Federal wounded, and where Hartsuff began a slow, eight-month recovery. He was mending under the roof of the home at 119 Record Street, where Lincoln found him in the late afternoon of Saturday October 4, 1862.

Lincoln arrived in Frederick at 4:45 PM accompanied by Maj.-Gen. McClernand, Col. L.S. Marther, Chief of Artillery, of McClellan’s Staff; Capt. W. Rives, Aid to McClellan; Capt. Derrickson, of the One Hundred and Fiftieth Pennsylvania; John W. Garrett, President of the Baltimore and Ohio Railroad; Marshal Lamon, of the District of Columbia; Hon. O.M. Hatch, Secretary of State, of Illinois; J.P. Kennedy, Superintendent of the Census, and a body of cavalry.

The party entered Frederick by West Patrick Street, passed through Court and Church streets, and then stopped at Mrs. Ramsey’s house, to see Gen. Hartsuff, who was wounded at Antietam. – The New York Times, Oct. 6, 1862.

A large crowd, principally of colored people, gathered about the house, where he stopped temporarily,and cheered and kept cheering until he was compelled to come out and respond in a little speech from the door step . . . – Marvin, p. 238.

Here the President, being called on, made the following speech:
17_hardly proper for me to make speeches
In my present position it is hardly proper for me to make speeches. Every word is so closely noted that it will not do to make trivial ones, and I cannot be expected to be prepared to make a matured one just now. If I were as I have been most of my life, I might, perhaps, talk amusing to you for half an hour, and it wouldn’t hurt anybody: but as it is, I can only return my sincere thanks for the compliment paid our cause and our common country. – The New York Times, Oct. 6, 1862.

19_FELLOW-CITIZENS
FELLOW-CITIZENS: I see myself surrounded by soldiers, and a little further off I note the citizens of this good city of Frederick, anxious to hear something from me. I can only say, as I did five minutes ago, it is not proper for me to make speeches in my present position. I return thanks to our soldiers for the good service they have rendered, for the energies they have shown, the hardships they have endured, and the blood they have so nobly shed for this dear Union of ours; and I also return thanks not only to the soldiers, but to the good citizens of Maryland, and to all the good men and women in this land, for their devotion to our glorious cause.

20a_children and our childrens children
children and our children’s children to a thousand generations, continue to enjoy the benefits conferred upon us by a united country, and have cause yet to rejoice under those glorious institutions bequeathed us by Washington and his compeers. Now, my friends, soldiers and citizens, I can only say once more, farewell. – New York Tribune, October 6, 1862; Collected Works of Abraham Lincoln. Volume 5. Lincoln, Abraham, 1809-1865.

At 10 P.M. The special train bearing the Presidential party arrived in Washington.

On July 19th 1864, Henrietta Lee’s home, Bedford, and its entire contents were set on fire and burned to the ground by the 1st New York Cavalry under orders of Federal General David Hunter. The next day she wrote a famous letter, called “a masterpiece of sublime

July 21, 1864: A Joyous Reunion of Hartsuff and His Just-Discharged Men:

The very next day – Thursday, July 21st – far away in Boston, the men, once commanded by Gen. Hartsuff – the 13th Massachusetts Infantry – noisily and joyously came home, as their three-year enlistments expired.

While we were busy with our toilet or shaking hands with old comrades and friends, who should walk into the hall but General Hartsuff, our old brigadier-general. Joining hands we formed a ring with the

general in the centre. If he had any doubts of our fondness for him, they must have been removed at that moment, for such enthusiasm is rarely seen. We had not met him since he led us through the corn-field at Antietam, where he was wounded and where we separated. Cheer upon cheer was sent up in greeting to him, until we were hoarse with the effort.

Hartsuff would live until 1874. At the first 13th Massachusetts re-union dinner, in Dec. 1868, at the American House in Boston, Gen’l Hartsuff addressed the attendants: Notwithstanding the greater size and importance of my western command, my old brigade,

30_my_old_brigade_my_first_love
which was my first love, was the strongest and the truest.

After the war, the Shepherdstown Lees salvaged foundation stones of the ruined Bedford to build again on the other side of town, their home called, Leeland. Samuel Phillips Lee, a relative and rear-admiral on the Federal side, helped to pay for its construction.

35_Bedford, the beloved home and birthplace of my dear Father

This day, Bedford, the beloved home and birthplace of my dear Father and sisters as well as myself and two brothers, was sold. It has passed away forever from me. I have shed so

44_ their shade or with active and nimble limbs
as furrowed and almost old as the tree, yet my dear father planted them and in childhood. I rested under their shade or with active and nimble limbs, climbed and sat happily among the branches. Alas childhood! What a brief period. Visitations of dark grief and sorrow have been visited upon me. Such a checkered life that I almost am inclined to doubt I was ever a child. That period is so far away and the flowing shadows of the present so entirely envelope my existence.

Oh why is it that we so cling to life from the cradle to the grave, tears are meted out to us? Has it been so with everyone born on earth? Yes! For all have sinned and sin brings sorrow and death. A beloved house is like a mother’s bosom, go from it afar, yet we can never forget or cease to love and cling to it. Often I wish I was miles and miles away from my scattered and ruined home, but here it is constantly before my eyes, saddened by what it is and what it was.

Who do you think of all the wounded that found shelter and attention at Bedford came to see us on Saturday? Gen. Lawton and his son. His family are up at Capon Springs and he brought his son a boy about 17 to see the Sharpsburg battlefield. He seemed very glad to see us and expressed himself most gratefully for our attention during his wounded state. I was very glad to see him, he seems in perfect health and very jovial. He was very indignant at the burning of Bedford. 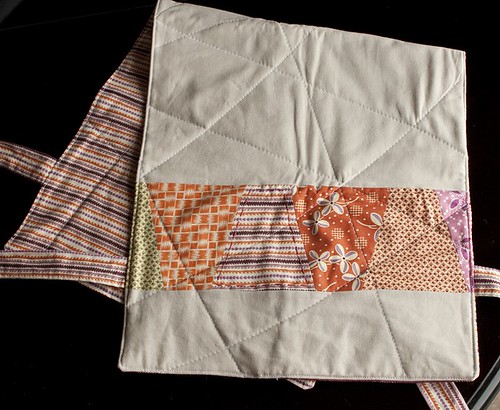 Ignore the wrinkles, partner, but here is your sewing machine cover. My machine is at my sister’s house so I couldn’t properly model it for you.